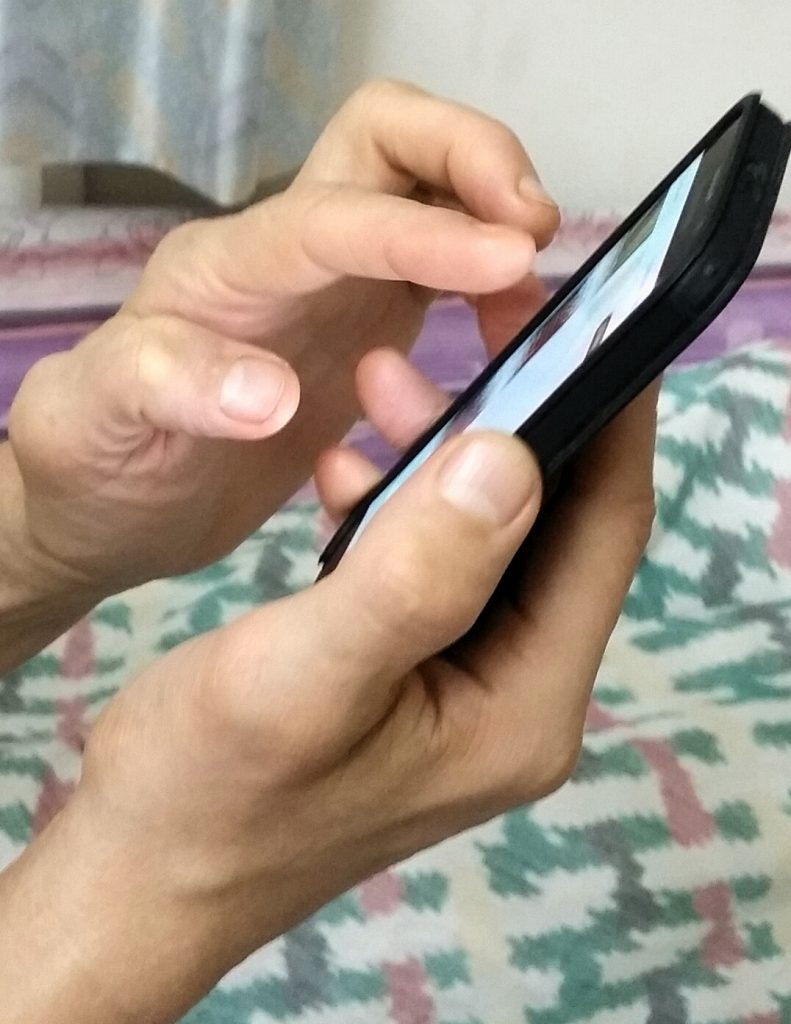 I arrived in Mumbai, India on Saturday 3rd June at 5.30 am. Passing through immigration, collecting my luggage and changing currency all seemed relatively easy. Much easier than I remember it in the past anyway. The obligatory queues still exist, and Indians have never don’t paid much heed to the idea that queuing means to join the throng somewhere at the end of the line, not somewhere in the middle. I remembered my first trip to India nearly 20 years ago, sitting on the floor in the immigration hall with hundreds of other people in stifling conditions. Waiting. It took hours to clear immigration then – so this was a piece of cake.

I passed through customs with nothing to declare – the X-ray machine operators and customs checkers were having chai anyway.

I found exit Door B which was the nominated point to meet our driver who was to ferry us to Pune. ‘Us’ comprised of dear friend J.H. and myself. Although J.H. hadn’t arrived as yet. She departed Australia from Brisbane whereas I had embarked from Melbourne. We were to meet at Mumbai airport before continuing our travel to Pune together.

I settled into the palatial and amazingly quiet airport arrivals hall to wait. It is a newly built or refurbished space. I had expected to find an overcrowded hall with many food stalls and many people but instead I found a clean, cool, comfortable hall with a few small cafes with tables and comfy chairs. It was like being the lobby of a large plush hotel. There was plenty of seating for all weary travellers.

I chose an empty table at a café decorated with brightly coloured fake flowers in a vase and brightly coloured menus. I ordered myself a Darjeeling tea. It came in a cardboard cup, the tag of the teabag dangling over the side. The milk had been added at the same time as the water so the tea had not had the chance to draw. Never mind.

Like most travellers, I sat to fiddle with my phone and to worry about how fast the charge in my phone battery would run out. Where would I be able to recharge it? I needed to be able to make text contact with J.H. when she arrived – to beam her in to my exact location, lest our pre-flight meeting arrangements should go awry. Her flight was due to arrive at 10.30am and I had another 4 hours to kill. Having been awake now for over 28 hours, I had no inclination to wander around the airport looking for power points.

Presently, seven security men dressed in tan camouflage army fatigues swaggered into the hall and gathered about ten metres from where I was sitting. They had rifles slung across their backs. Half of them had the beginning of a little pot belly hanging over their belts.

They had with them a beautiful golden Labrador, young, still puppy like, who flopped on the cool concrete speckled tiles and sprawled there to sleep. It had a harness. It was a working dog.

My attention was caught.

Slowly, the soldiers began to ask a few people to leave and go outside. People who were also waiting, sleeping, minding their luggage and minding their own business.

Slowly, other travellers and patrons of the café gathered up their luggage – piled up on baggage trolleys with wobbly wheels (ubiquitous the world over) and began to move away of their own accord. An air of intimidation had fallen over the hall.

A woman was kneeling on the floor beside a wide diameter concrete column, with her phone plugged into a power socket. Fiddling, like all of us these days (mindlessly? pointlessly? obsessively?) with her device.

One of the officers approached her and asked her to leave. I cast my eyes left, right. What was going on? The woman began to explain in Maharati, then English that she needed to charge her phone and couldn’t wait outside. She fumbled with her phone. Dropped bits and pieces, the cord, the plug, the cover, intimidated by the men. She tried to gather up her hand luggage.

Feeling concerned as to how my fellow travellers were being treated, I signalled to the woman to sit at my table. She did. I leaned across to the adjacent table at which were seated two young Indian men and inquired as to what was going on. They pointed and indicated that a bag had been left unattended about twenty metres from where we were sitting and was therefore a security threat. My gaze followed the direction of their outstretched fingers and I saw one of the soldiers kneeling adjacent to a large suitcase. He held a sensor device and was slowly scanning it over the luggage. The other members of the bomb squad were standing several meters back with the labrador.

The situation had become tense.

The woman at my table had her back to the action and was still fumbling with her phone.

All of the eyes of the café patrons and tired weary travellers were watching the man with the scanning device. Tense. Anxious. People looked askance at each other.

The woman at my table gradually turned to see what was going on. Tentatively, shyly, she stood and approached the group of officers. She was petite in stature. Nervous. In a small diminutive voice she spoke in Maharati pointing to the suitcase. Continuing to point she spoke in English “That is my bag”. I stifled a nervous giggle. “Heh?” the officer questioned her loudly as he had not heard what she had said. “That is my bag.” She repeated slightly louder.

The men at the table next to me smirked. I smirked, covering my mouth with my hand so as not to seen rude toward the bomb squad. The solider in command began to admonish her  loudly “You must never leave your bag madam!”

The woman’s husband came scurrying from another direction, embarrassed as it dawned on him as to what had happened.

I cast a glance at the men next to me and we all sniggered in collusion, a shared joke, relieved, relaxed.

The bomb squad team nonchalantly sauntered away, the Labrador wagging its tale.

It would be a good tale for the woman to tell later. She had been so preoccupied with her phone that she was oblivious that her suitcase had become the subject of a bomb-scare operation.

Stop fiddling with that phone I thought to myself.

Posted in Uncategorized and tagged device, mindfullness, mobile phone, travel
← Yoga and AnxietyThe Joy of Being a Student →
Scroll To Top